Skip to content
Vorige Volgende
If your name is Faye, it kinda sucks today

Last Wednesday the vet very obviously noted she had growing pains. The week before she was a nice 12.4kg and no pain whatsoever. A week later she topped up on 14kg and some pain. Not a whole lot, but change of diet and rest were definitely needed. Gaining over 1kg a week is too much for any large breed basically.

I did see the signs of pain, less running, not so attentive, more squealing and overal more a bit of a down toddler than a happy dog. So we took to rest and less calcium and basically the steps you can take to slow down. 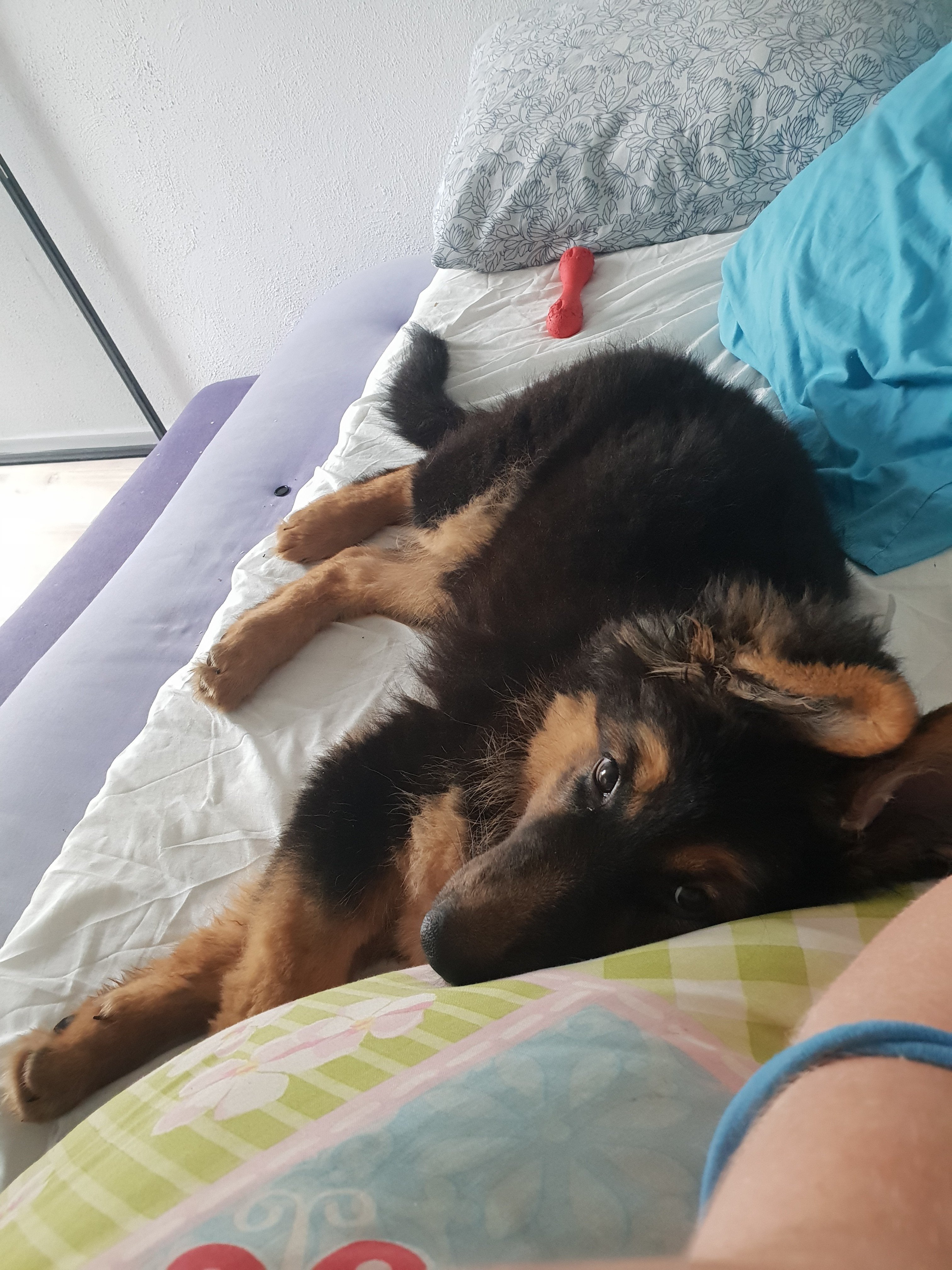 Faye sleeping of her ‘high’ from the injection.

This morning topped it all though. SO took her to the living room hoping I could get a few hours of extra sleep, but that was the biggest drama ever. Not a second of rest and non stop trying to get to me. Me there didn’t solve anything though and she was significantly off, so we went to the vet. First on the scale, she weighed a whopping 15kg, which meant she gained another kg within 4 days. And well the rest was basically simple math, pain, and a lot more. The vet immediately turned into a ‘learning’ situation since the place was packed. I am simply unable to go off and walk around for a bit so we had to do what we could given the situation. But even in pain, and being so off she managed to behave most of the time, which is pretty incredible for a young pup in such a situation. Luckily after an hour it was our time to go. She got an injection against the pain and I took home metacam (a NSAID) to dose her on depending on what she reacts to and how much exercise she does. Because I can take her on rest, but not keep her inside until she stabilizes.

A few hours and some sleep later Faye is back as the pup she is. Still sleeping more and not suddenly running around like a madman. But she can finally find her rest, have some fun, chew on stuff and lay down expecting some cuddles.

We’re going to keep monitoring her close, regularly check her weight and use the metacam until we are sure she is out of the growing pains and can be happy without. Her brother and sisters are going at the same rate, so neither we nor the breeders are entirely sure why they are going this fast. The only joke I could make about it, is that I wished for a dog as massive as can be, I still prefer large! Mom is around 36kg, dad is around 40kg, if Faye keeps up the current rate she will turn out to be around 45kg! Still all speculating since it’s different with every breed, nest and even dog. For now I hope she will be rid of this pain a.s.a.p.

Don’t want to miss out?